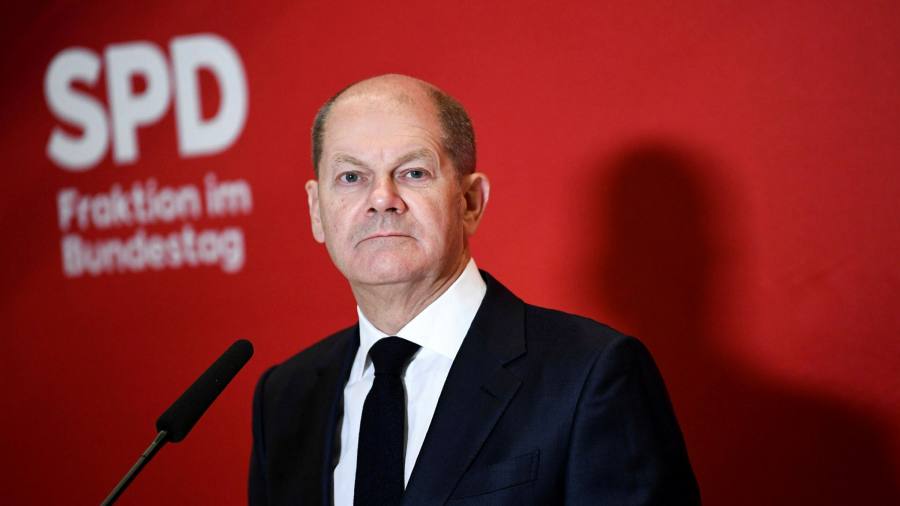 Germany’s Social Democrats, Greens and liberals have reached a deal on forming a new government, paving the way for finance minister Olaf Scholz to succeed Angela Merkel as leader of Europe’s largest economy.

The three parties will present their coalition agreement on Wednesday afternoon, the fruit of almost two months of intense negotiations following national elections on September 26 that were narrowly won by the Social Democrats.

The election marked a watershed in German politics. With Merkel quitting the stage after four terms as chancellor, her Christian Democrats slumped to their worst-ever result and were forced into opposition for the first time in 16 years and only the third time since the second world war.

They will be succeeded by a “traffic light” coalition, named after the parties’ respective colours: red for the SPD, yellow for the liberal Free Democrats (FDP) and green for the Greens. It will be the first such alliance on a national level in Germany’s history and is expected to put fighting climate change at the top of its agenda.

An announcement from the FDP said the chief negotiators of the three parties would meet on Wednesday for a final round of talks and then unveil their coalition agreement at 3pm local time at a convention centre in central Berlin. The new government will be sworn in by the Bundestag early next month.

The coalition partners are strange bedfellows. The Greens have argued for a massive investment drive to fight climate change and upgrade Germany’s shabby infrastructure, and campaigned on a promise to raise taxes and loosen the country’s strict rules on debt to pay for the increased spending.

However, the fiscally conservative FDP ruled out tax increases and any changes to the debt brake, Germany’s constitutional restriction on new borrowing. It is widely expected that its leader Christian Lindner will be named as the country’s new finance minister.

The coalition agreement marks a huge victory for Scholz, one of Germany’s most experienced and popular politicians. A former mayor of Hamburg, he was also a labour minister under Merkel and a senior official in the SPD when its leader Gerhard Schröder was chancellor.

Scholz became finance minister in 2018 and initially pursued the same fiscally cautious policies as his predecessor Wolfgang Schäuble. However, when the coronavirus pandemic hit, he opened the taps, taking on huge amounts of debt to help industry and business in what was widely regarded as Europe’s most generous emergency aid programme.

He also played a key role in driving through the EU recovery fund, which saw the bloc take on large amounts of debt for the first time to finance grants and loans to European economies hit by the pandemic.